Genius Mindfulness Review – What is it supposed to do?

Our Genius Mindfulness review will take into discussion some of the essential details regarding this popular nootropic. We will review the company behind the product, as well as the overall formula with its effectiveness, claimed benefits, core ingredients, potential side effects, warnings, best price, and some of the best buying options.

This Genius Mindfulness review will conclude with our take on the product and with straight answers to frequently asked questions by real users.

What Is Genius Mindfulness?

The formula is built around some very potent nootropic ingredients such as Sensoril (a standardized ashwagandha root and leaf extract), NeuroFactor (a coffee arabica fruit extract), and AuroraBlue (an organic blueberry blend).

Genius Mindfulness nootropic is made by The Genius Brand, a US company located in Auburn, Washington State. The Genius Brand was established in 2015, and it consists of a small team of about ten members. The company is well represented online. It has a functional and well-designed website; it’s active on social networks and sells its products through several different online stores.

This next part of our Genius Mindfulness review will focus on what’s actually inside this nootropic, beginning with some of the core ingredients and wrapping up with a detailed list of other active and inactive ingredients.

Other ingredients include hypromellose (veggie capsule) and organic rice hulls.

Withania Somnifera, commonly known as ashwagandha, was initially used in traditional Indian Ayurvedic medicine. Over the past decade, ashwagandha has grown increasingly popular in Western medicine. It is most well known for its ability to promote a happier and calmer sense of being and for its stress-reducing properties.

Ashwagandha is an adaptogenic herb, which implies that it can adapt to your body’s needs by balancing out levels, such as immune cells and hormones, to strengthen our immune system and create balance in the body.

Ashwagandha has been shown to help the adrenals through normalizing cortisol levels. This reduces the damaging effects of high (or low levels) of this hormone. Adjusting cortisol levels is vital as ongoing stress is detrimental to our health.

Ashwagandha is also sometimes used in patients with Alzheimer’s Disease. Withanolides, the active ingredients in ashwagandha, has shown protective effects against B-amyloid-induced plaques in these patients.

This is believed to be due to the natural antioxidants found in ashwagandha that scavenge free radicals to prevent cell damage. Several clinical trials have also shown some good results of ashwagandha’s protective effects in patients with Parkinson’s Disease.

It has been shown to encourage disease-fighting and anti-inflammatory, immune cells that help to ward off illness. It has also shown excellent immune-boosting effects on the immune system. As ashwagandha has powerful anti-inflammatory properties, it is used in herbal supplements for painful conditions such as arthritis.

Ashwagandha is also a very good source of iron, making it an excellent contributor to red blood cell count.

Furthermore, ashwagandha has been shown to significantly impact athletic performance by improving lung and heart capacity while boosting energy levels. Not only is this beneficial for exercise, but it is also helpful for individuals who cope with fatigue-related conditions and with not having enough energy during the day.

Does Caffeine Have Positive Effects?

Caffeine is consumed around the world for its beneficial effects on physical and mental performance, energy, mood, and alertness. Caffeine is also one of the most commonly used stimulants in dietary supplements. Many people appreciate its ability to keep them awake and focused on their tasks.

Many clinical studies have reinforced the potential of caffeine to increase mental alertness in low-to-moderate doses (40-200 mg). The effects were even more pronounced during sleep deprivation in non-regular users.

Let’s see some examples here. In a study of 36 volunteers, caffeine exhibited dose-dependent effects on attention and alertness. When individuals who do not drink caffeinated products daily consumed high amounts of caffeine, they showed a more considerable boost in cognitive function. Regular and tolerant users may still feel the same effects but to a lesser extent.

Sleep deprivation may cause delays in reaction times. A clinical study conducted on 20 sleep-deprived patients showed that a daily dose of 800 mg of caffeine improved accuracy and reaction speed.

In another study, 12 young adults either had sufficient sleep (8 hours) or a lack-of-sleep (4 hours). 100 mg of caffeine improved both groups’ memory, judgment, reaction time, and coordination during a driving test.

Caffeine is neuroprotective and may prevent nerve cell degeneration, which occurs in Parkinson’s. Additionally, by inhibiting adenosine receptors, it improves motor functions and mobility in Parkinson’s patients.

The neuroprotective benefits of caffeine have been shown through several clinical studies. One such example is a study conducted on 61 Parkinson’s patients. Each has received 100 mg of caffeine twice daily for three weeks. A reduced movement slowness (bradykinesia) has been noted in all patients. However, caffeine had no other results on Parkinson’s symptoms.

In another study conducted on 430 healthy volunteers, those who consumed caffeinated coffee had a lower risk of developing Parkinson’s disease. It even reduced the risk in those genetically predisposed to improve the condition.

Another large-scale study was conducted on 1,400 volunteers, each drinking three (3) to five (5) cups of coffee per day. According to the study results, drinking moderate amounts of coffee daily could decrease Alzheimer’s Disease (AD) or dementia risk by up to 65% during elderly years.

In a long-term study of 1,400 people, drinking 3 to 5 cups of coffee per day at midlife could decrease dementia or Alzheimer’s disease (AD) risk by about 65% during their elderly years.

How Much Does It Cost?

Genius Mindfulness list price is $39.99 for a 30 veggie capsules bottle (one month of use). Genius Mindfulness price may vary from one retailer to another, but we haven’t seen much of a fluctuation in this nootropic price.

We haven’t seen any discounts either unless you are willing to sign up for their VIP Autoship Program, which is a 5% to 10% discount on the listed price.

Where To Buy Genius Mindfulness?

Genius Mindfulness is available for purchase on The Genius Brand official store, as well as on several other online stores such as Amazon US, Bodybuilding.com, The Vitamin Shoppe, Predator Nutrition, or eBay.

This is the potential side effects part of our Genius Mindfulness review. According to The Genius Brand, this nootropic formula is safe to take with no potentially dangerous adverse effects.

However, we advise some caution due to the inclusion of caffeine and ashwagandha, two nootropic ingredients that, while useful, have been associated with various mild to moderate side effects.

Caffeine side effects – Caffeine is a powerful stimulant that is likely safe for most healthy adults when used in doses up to 400 mg per day (about four cups of coffee per day).

When consumed in high doses, caffeine can cause nervousness and restlessness, insomnia, stomach irritation, increased heart rate and respiration, nausea and vomiting, and other side effects. Larger caffeine doses might cause anxiety, agitation, headache, chest pain, and ringing in the ears.

I have recently started a business, though I deal with several chronic diseases. One can affect my clarity in thinking (brain fog), which can be frustrating, adding to my stress. This creates a loop that can be difficult […] Read the full comment

This stuff helps with the stress and rigor of dealing with a toddler and infant. I am a stay at home mom, which might sound easy, but by golly, it isn’t. There are plenty of days where you hit lows, and […] Read the full comment

Like many others, my days are NONSTOP. I am a father, husband, active duty Chief Warrant Officer, and varsity high school basketball coach. On a daily basis, 365, so much is unexpectedly thrown on my plate. The unpredictability […] Read the full comment

Brain Support made by Fairmile Organics – Brain Support Focus & Memory Booster is advertised as a natural nootropic with Ginseng, Ginkgo Biloba, and L-Tyrosine. This nootropic claims to support concentration, focus, and mental health.

With this, we conclude our Genius Mindfulness review: we like it. Genius Mindfulness nootropic is an interesting product. The unique blend of caffeine, ashwagandha, and blueberry extracts may be beneficial for your cognitive health, and it may enhance cognitive function, focus, and memory, just as advertised.

This “we like it” verdict is also based on the hundreds of positive Genius Mindfulness reviews and testimonials available online. Most users are happy with the results, while very few adverse effects have been reported.

So, is Genius Mindfulness right for you? Well, if you are on the market for a potent nootropic supplement, the product made by The Genius Brand could be a great choice. Give it a try.

Take one Genius Mindfulness capsule daily with a morning meal.

You can purchase this nootropic supplement from The Genius Brand official website or several other online stores such as Amazon.

You can contact The Genius Brand customer support department by phone at 1-888-498-9544, by mail at 2204 McFarland 400 Blvd, Alpharetta, GA 30004, United States, or by using the Contact Us form available on their official website.

Genius Mindfulness contains caffeine, and it’s not recommended to children.

Genius Mindfulness list price is $39.99 for a 30 veggie capsules bottle (one month of use). 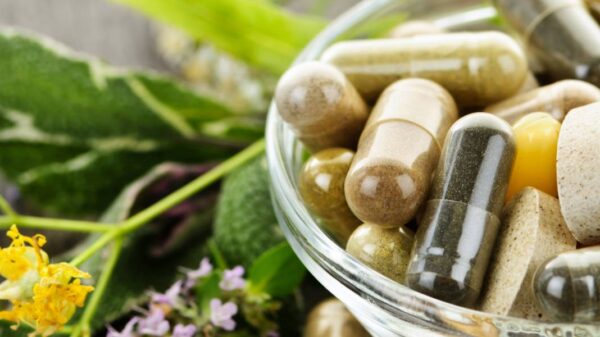 FocalFuel Review – Why You Should Avoid This Nootropic 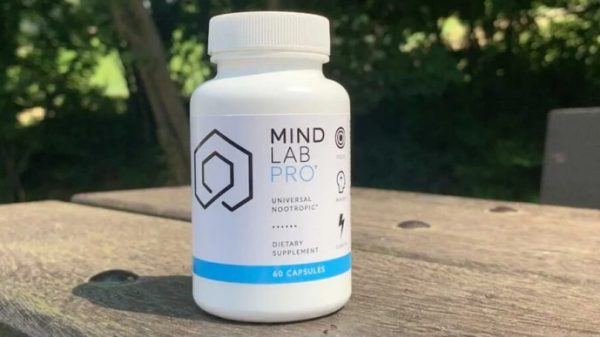 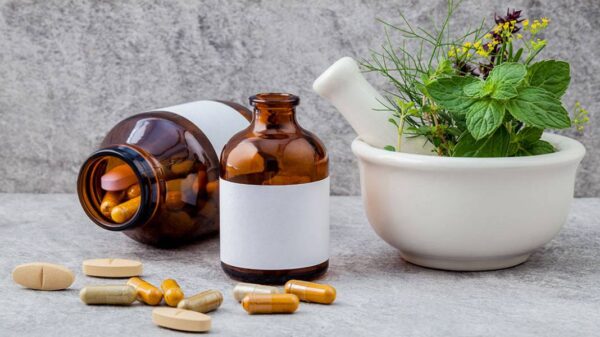 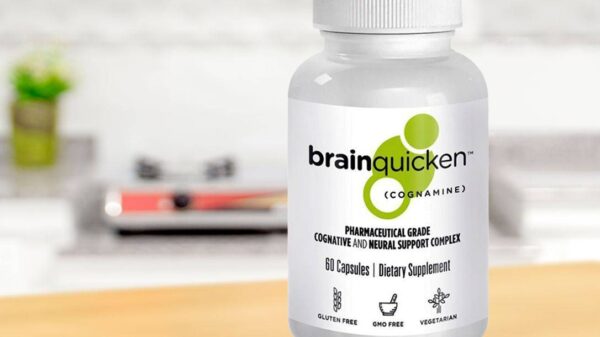