Most people often suffer lapses in memory, such as misplacing the car keys or even forgetting a new acquaintance’s name. On most occasions, this is a sign that one is either preoccupied or is too busy. On the other hand, having unending memory problems can be a frustrating experience and perhaps a sign of a severe medical condition.

Genetics plays a role in memory loss, particularly in serious neurological conditions such as dementia and Alzheimer’s disease. However, research now shows that lifestyle and diet have a significant impact on memory too. And one great way to start supporting your brain health is to make sure you get the right brain supplement.

NOW Foods Magtein has proven to be an effective brain supplement for supporting cognitive function, drawing numerous positive reviews from its users. That’s why our team of dedicated researchers, writers, and health experts have put together this in-depth NOW Foods Magtein review.

As you age, your brain gradually experiences functional and structural changes due to increased nutritional loss. Recent research shows that magnesium can potentially boost cognitive function.

Your body depends on magnesium to achieve various functions. On average, the human body contains nearly 25 grams of magnesium. Magnesium is not only crucial in bone formation but also improves muscle and nerve function.

People who suffer from magnesium deficiency usually experience cognitive impairment, together with a memory decline. Thankfully, Magtein may help alleviate these two problems.

What’s more, Magtein promotes better nerve function and overall brain health. Magtein will not only enhance your memory but will also improve brain plasticity as well as your learning skills.

NOW Foods is a family-owned business and a trusted leader in the dietary products industry since 1968. Over the past decade, the company has grown to become one of the natural product industry’s most recognizable brands, offering an extensive line of natural products.

NOW Foods has always remained true to its vision; to meet consumer needs for healthy foods by providing highly affordable, high-quality natural products. The company’s corporate headquarters is located at 244 Knollwood Drive in Bloomingdale, Illinois. It has several stores in many states in the United States and other parts of the world.

NOW Food has consistent and reliable customer service, so customers can always reach out to them at any time of the day. Whether you want to contact them through an email, phone call, or any other channel, the company’s contact information is available on its official website.

Magtein – The Only Form of Magnesium to Cross the BBB

Research has shown that Magtein (Magnesium L-Threonate) boosts the density of synapses within the brain, resulting in better cognitive and memory function.

Plus, Magnesium L-Threonate was demonstrated to raise overall magnesium levels throughout the body, which should be good news considering that 50% of American adults have a magnesium deficiency based on the latest reports.

Athletes use various forms of magnesium to help their bodies recover or improve strength and stamina. While all these magnesium benefits are well documented and evidence-based, not everyone knows that magnesium can also benefit your cognitive function.

Magtein (Magnesium L-Threonate) was discovered by a team of scientists from MIT. Unlike other types of this mineral – such as magnesium chloride, sulfate, citrate, or oxide – all with their advantages, only Magtein is proven by clinical research to cross the blood-brain barrier (BBB).

When you take Magtein, Magnesium L-Threonate molecules disperse throughout your body, where they assist in hydration, regulating heart and lung function, muscular contractions, and more than 300 other vital processes. Simultaneously, according to a team of scientists at the University of Adelaide, some of these molecules reach the brain via both the BBB and the blood-cerebrospinal fluid barrier (BCSFB).

In a randomized, double-blind, placebo-controlled human study published in 2016 in the Journal of Alzheimer’s Disease, scientists studied the impact of Magtein supplementation on four cognitive areas in patients suffering from Alzheimer’s Disease: episodic memory, attention, working memory, and executive function.

The results were quite impressive. The study concluded that taking Magtein daily for the study period ended in meaningful improvements in all four domains. Researchers hypothesized that these benefits could extend to healthy individuals too.

Furthermore, a different paper published in the journal Pain Physician found that magnesium L-threonate prevents and reverses memory deficits linked with chronic neuropathic pain. This is an encouraging finding for athletes in persistent pain because of a chronic condition or suffer a single traumatic injury.

Where To Buy Magtein?

You can purchase it directly from the company’s official website or get it from leading online marketplaces such as eBay and Amazon. What you need to know is that the company offers free shipping for orders above $50.

Ever since I was diagnosed with inattentive ADHD in 2007, the standard medication for the condition has helped a lot with improved focus but left me with a lot of fatigue. Lack of meaningful REM. […] Read full review

I only started taking this a week ago, and it’s already changed my life!! Years into decades of insomnia…cured! I tried everything, including benzodiazepines, and they didn’t come close to this lifesaver. […] Read full review

Magtein has changed my life. Before I started using it, I had unbearable brain fog. I could not concentrate on my work, and I was so tired by the middle of the afternoon that it was tough to finish my workday. The very next day, after the night of my first dose, I noticed an immediate difference. […] Read full review

Magtein is an effective brainpower enhancement supplement. Research has shown that it effectively boosts magnesium levels in a rat’s brains by at least 15% after three weeks. However, most people usually see significant improvements in cognitive function after 12 weeks.

Just like any other dietary supplement, Magtein can potentially cause some severe effects. For some people, Magtein consumption can lead to irregular heartbeat, intense brain fog, and very low blood pressure. Also, it is strongly recommended that anyone suffering from kidney-related issues should altogether avoid Magtein.

Before we conclude our NOW Foods Magtein review, let’s take a quick look over several other similar dietary supplements that may represent good alternatives for those who are not convinced by the benefits of this formulation.

Source Naturals is another reputable American company that has received many quality awards over the past decade. Source Naturals Magtein Magnesium L-Threonate is reviewed positively, with 93% of the users rating the supplement with four stars or higher.

It is linked with enhanced long-term memory and learning ability in tests. It also contributes to long-term neuro-health protection, helping prevent memory loss due to aging.

A significant number of dietary supplements work by introducing ingredients not naturally found in the body. Magtein, on the other hand, functions by increasing the levels of a mineral naturally available in your brain. Though it may have its fair share of side effects, it is by a larger part a safer and more effective brain supplement.

As a dietary supplement, take three (3) capsules daily in divided doses – one (1) capsule during the daytime, preferably in mid-afternoon, and two (2) capsules one hour before bed.

You can safely purchase NOW Foods Magtein directly from the company’s official website, or you can get it from leading online marketplaces such as eBay, Walmart, or Amazon.

Magtein (Magnesium L-Threonate) is a unique form of magnesium discovered by a team of scientists from MIT. Research has shown that Magtein boosts the density of synapses within the brain, resulting in better cognitive and memory function.

Magtein is made in the United States, in a GMP facility.

Like with all dietary supplements, our strong recommendation is to consult a physician if pregnant, nursing, taking medication, or have a medical condition.

NOW Foods Magtein is not intended for children and teens under 18.

Magtein reviews on Amazon, as of February 2021, are very positive, with 89% of the customers ranking this supplement with four (4) stars or higher. Out of 1,148 customer reviews, here’s how this mineral brain supplement ranks: 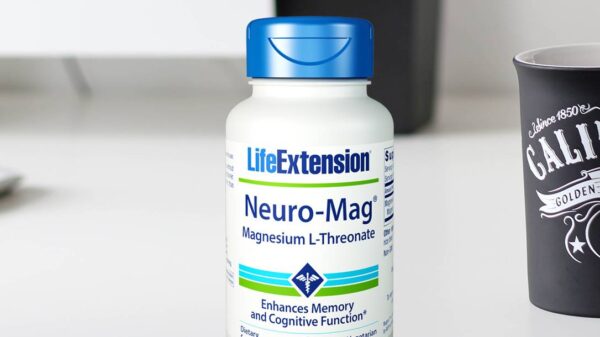 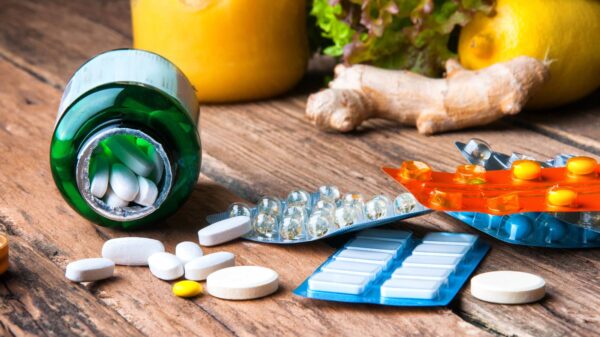 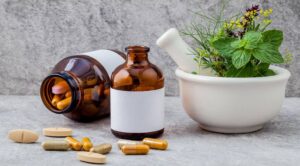